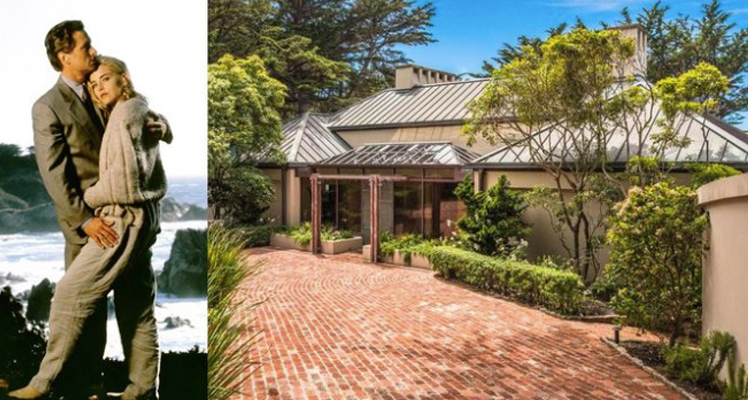 The property perched above the Pacific Ocean in Carmel Highlands spans five buildings and 17,000 square feet of living space.

Gary Vickers fell in love with the affluent seaside retreat of Carmel, Calif., as a child. Caddying for his father and uncle at the Bing Crosby National Pro-Amateur golf tournament at Pebble Beach each February, he admired the rocky coastline with its cutout coves and looked up at the giant redwoods as they traveled up to Big Sur. Vickers says, “it always had a big impression on me.”

The estate made iconic by its Hollywood past recently hit the market for $52.375 million. The main dwelling served as the home of Sharon Stone’s character in 1992’s Basic Instinct, and the four additional buildings on the property were built from the ground up by owner Gary Vickers. In in the 2000s, he acquired a four-acre parcel on a cliff overlooking the ocean (which happened to be near the Basic Instinct house) and constructed four cottages from scratch. Then Vickers bought the house that appeared in the movie, which previously belonged to outdoor adventurer Steve Fossett, for $14.4 million last year (2018), completing his compound. The house hit the market after Fossett’s wife, Peggy, passed away in 2017. Fossett, meanwhile, disappeared in 2007 after taking off for a pleasure flight in a small aircraft. His remains were found a year later.

Now, Vickers says he and his friends have been using the main lodge as a place to congregate during weekend retreats while enjoying the property’s fitness center, spa, and pool. He told the WSJ that the main reason for selling the spot is that he no longer needs a property so large and sprawling, and hopes the next owners will enjoy the unique space as well.