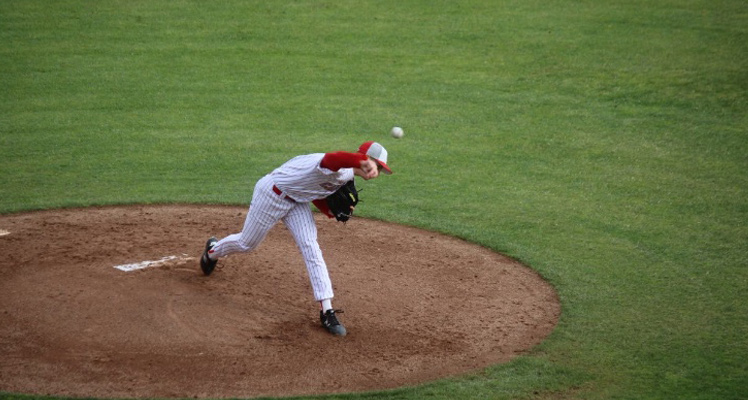 From league titles and championships to record-breaking performances, Spring quickly became a strong sporting season for the Padres, with each team accomplishing unexpected feats and the majority dominating league play.

Boys’ swim and dive had a successful season with four broken records, including senior Jacob Dorn beating Greyson Huston’s 2009 record with a total of 509.45 points, competing in 11 dives at the Pacific Coast Athletic League Championships. Sophomore Kai Garren broke two records, timing at 1 minute, 43 seconds in the men’s 200 free and 4:40.96. in the men’s 500 free. Senior Matt Trotter timed 50.32 seconds in the men’s 100 fly race, qualifying for the state championship where he placed 41st. Girls’ swim and dive won their league.

“My goal was to swim as fast and hard as I could,” Garren says. “I knew I was going to beat the record because my times were there and because I have a lot of experience. For club, I practice every day in the afternoon except for Sundays, plus there’s school practice too.”

“It’s great to see the girls’ lacrosse kind of building because they started from such humble beginnings,” athletic director Golden Anderson says. “People get so used to winning defining success but for a group that had been losing, winning one game signified getting over that hump.”

Both all-league MVP senior Charlie DeLapa and all-league offensive player of the year senior Benjamin Airola led their team to a close second at CCS and a bid to the state playoffs. Airola holds the record for most kills in a season at 507 while DeLapa owns most assists in a season at 1080. Senior Palmer Bajari who owns most digs in a season at 396.

“This is one of the better years for sports,” Anderson says. “We’ve had nine league championships and I really think it is a credit to the seniors. When you look at our teams, you can see that we had a lot of seniors who participated and who stayed involved with athletics. They’re experienced, and they’re at the peak of their powers. Our seniors were clutch this year.”

Daniel Papacica is one of those “clutch” seniors, holding a perfect league record of 12-0 and 6-1 postseason in boys’ tennis allowing him to advance to the CCS singles playoffs where he lost. Papacica earned the title of “runner-up” in the Central Coast Selection.

Baseball finished second in the league and lost in the first round of playoffs, going 18-3.

“This was the deepest, most talented team we’ve ever had,” baseball head coach Randall Bispo says. “We’ve never had this many guys who can play at this level. With three games a week, we were bound to have a bad game and that bad came just happened to be our first playoff game.”

Senior George Mckneely placed third in the Northern California State Boys’ Golf Championship after coming up just a couple of shots short. He will be playing golf next year for the University of North Carolina.

Pursuing the CCS title championship, the girls’ softball team won their league and defeated King’s Academy 5-0 during the first round of CCS. Jessica Pavloff earned most valuable pitcher in the league, and Kendra Hyles earned player of the year for the league.