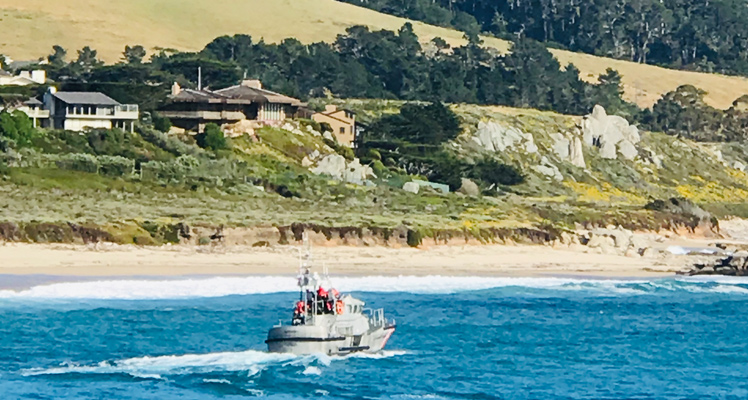 The Coast Guard said a man was swimming with his son off of Monastery beach when they were both swept away by the sea Saturday afternoon at around 2:00 p.m. According to witnesses, another beachgoer helped rescue the boy on Saturday. Hearst TV station KSBW had no further word on his condition.

A multi-agency response which included the Coast Guard, Cal Fire and the Monterey County Sheriff continued the search for the father until sundown on Saturday.

On Sunday morning, the search was continued and the sheriff reported the body was found around 10:00 a.m.

Rowan with Coast Guard Sector San Francisco said she was unaware of any abnormal wave or current actions at the time of the drowning but that tragedies can occur at any time.

“A great effort was made from a lot of agencies,” Rowan said. “And even though it was shallow water on that beach it can be absolutely dangerous. Attention needs to be paid anytime you are in the ocean.”

No information has been released on the identity of the man.

UPDATED ON 6/11/2019 The Monterey County Sheriff’s Office says the man who died after being swept out by waves Saturday at Monastery Beach is 33-year-old Sridhar Ekambaram from San Jose.

Firecrackers light up on Scenic Road and Santa Lucia

Carmel Ready for the U.S. Open