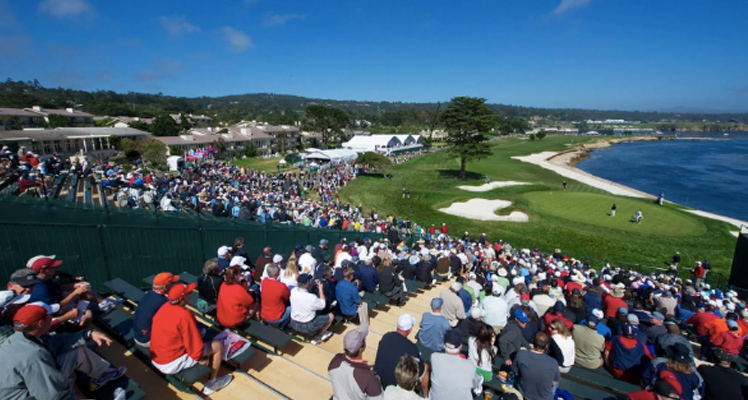 We’re in the countdown until the Official U. S. Open returns to Pebble Beach on June 10th. This year the organizers are calling it “the cathedral of American golf.” I hope all residents are ready for the crowds, we’re expecting roughly 250,000 visitors which mean busy streets and lots of business. You might want to get all your groceries, supplies, gas in vehicles, etc. finished by this Saturday and if you have any appointments for doctors next week reschedule or you’ll have to leave early – expect traffic and prepare wisely.

Who do you think will win this Years U.S. Open, any idea? Leave your comments below we’d love to hear from you. Let us hop down memory lane to the year 2000 when Tiger Wood won by 15 shots in a historic fashion at Pebble in 2000, for the first of his three U.S.  Do you think he has a chance for a come back for this years U.S. Open Championship? If Jack Nicklaus is willing to say Tiger Woods is the favorite, why argue? Woods’ win at The Masters snapped his 11-year drought for a major championship, and as Woods recently said, “It validated that I can still do it at the highest level.”

See you all on the course!

Expected arrival for U.S. Open 250K, Are You Ready?

Summer is Coming to Carmel: Don’t Leave Your Dog In the Car

Our Beloved Doris Day Passed Away this Morning in Carmel