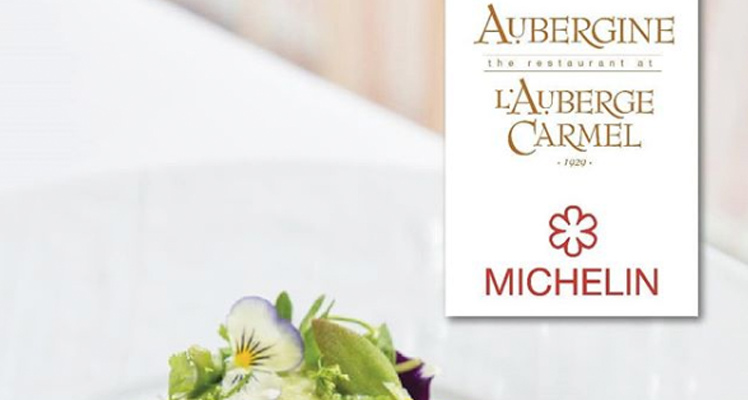 Congratulations to Chef Justin Cogley and team Aubergine Carmel. What an accomplishment and an honor to have been recognized with one Michelin star from Michelin Guide.

Chef Cogley in his own words on Instagram said, “I can’t believe it! Thanks to my team. Years of hard work has paid off. After being told it was not possible to bring worldwide culinary attention to Carmel-by-the-Sea that is exactly what we have done.” Well Done Chef.

At a ceremony in Huntington Beach Monday, June 3, the 2019 Michelin Guide California announced its inaugural stars. There are now seven three-star restaurants in the state of California, and all of them are in San Francisco or Napa Valley. That number is less than a year ago, but the overall number of restaurants with one and two stars increased to 90. And Aubergine Carmel was one of the Prestigious restaurants that received one star. Bravo to Team Aubergine, so proud of all of you!

Memorial Day Wrap up in Carmel