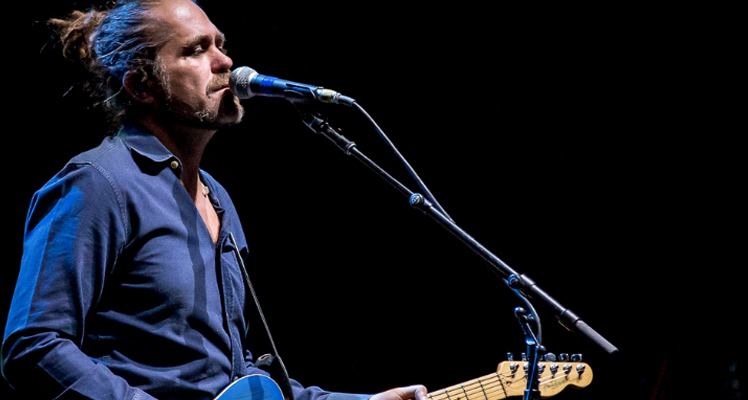 The Barrel Room at Folktale Winery

Chef Todd Fisher and the Folktale Culinary Team will be cooking up some delicious food available for purchase. A wine, beer, and soda cash bar will also be available to quench your thirst.

This event is strictly for people (no pets) ages 21 and over.

The success of Citizen Cope’s music has always been a slow burn, rather than a flash in the pan. His single “Let The Drummer Kick” eventually went Platinum without any support from commercial radio. The Washington Post has hailed him as “DC’s finest export since Marvin Gaye,” while Rolling Stone raved that his “uncommon chords and harmonies combine delicate dissonance with unexpected flashes of beauty.” In 2004, Cope followed up his self‑titled debut with ‘The Clarence Greenwood Recordings,’ an album Vibe praised as “flawless throughout,” gushing that Cope “makes music that feeds your soul…this is one of those CDs you hear at a friend’s house and rush out to buy.” The collection was largely ignored by mainstream media and never charted, yet the grassroots swell of support kept sales rolling year after year, to the tune of 700,000 copies, and opened the doors to film and television syncs with tracks appearing in Entourage, Sons of Anarchy, Alpha Dog, and more. Songs from the record would go on to be covered by everyone from Carlos Santana and Sheryl Crow to Richie Havens and Rhymefest, and in the years that followed, Cope has headlined all 50 states and shared stages with superstars like Eric Clapton. He cracked the Billboard 200 for the first time with 2006’s ‘Every Waking Moment,’ and then launched his own label to release 2010’s ‘The Rainwater LP’ and 2012’s ‘One Lovely Day,’ his highest charting album to date.

As Cope’s career grew, his style of urban‑folk never settled into any particular genre in an industry fixated on arbitrary distinctions like radio formats. “I can understand why it didn’t go into the cookie‑cutter. The music and my life were influenced by growing up in very distinct but different American cultures.

Respect is ultimately what it all comes down to for Cope: respect for the art, respect for each other, respect for ourselves, respect for our instincts. At the end of the day, we all want the same things, and no matter how much the culture conditions us to believe that peace and happiness can be bought and sold, there’s no price tag because they come from within. Change, growth, and satisfaction require patience, work, and love. Seven years in the making, ‘Heroin & Helicopters’ is proof of that.

Opening for Citizen Cope is last year’s May Live in the Vines performer,SUR! Sur will be performinng an as an acoustic duo. Zack Arnett—who’s also a visual artist, poet, and self-described American medicinal farmer—the music of SUR arose from an entirely uncalculated burst of creativity. With the release of Savage Beast, Arnett hoped that his own fascination with the natural world might awaken a similar sensitivity in others. “I think there’s a real need for us as a civilization to get back to appreciating the beauty and the simplicity of nature, instead of just being so desensitized and having our heads buried in our phones all the time,” he says.