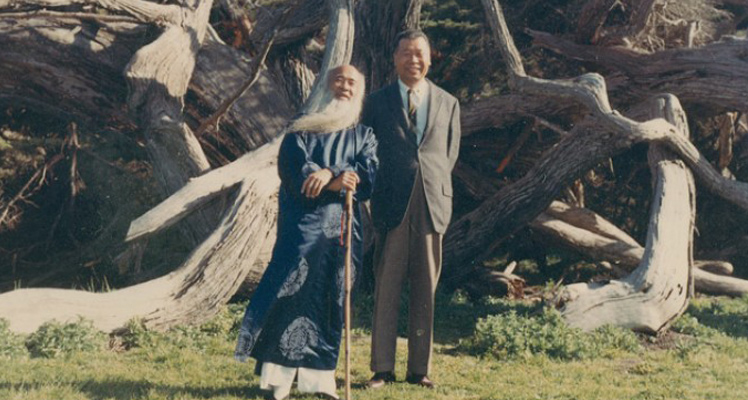 Frances Chew was the sole daughter of Joan Chew. Frances was the heir to The Chew Family Dynasty and The China Art Center in Carmel-By-The-Sea on Dolores St & 7th Ave. The Building has now been closed a year since the passing of Frances Chew. The Building sits with all the art still on the inside. I spoke to someone today who knew of Joan Chew and her daughter Frances. He said that the art is still inside the building and is very valuable from the 16th and 17th century and will most likely be auctioned off at Sotheby’s. The Chew Family also owned a lot of building in the San Francisco area. The entire estate was left to The Carmel Mission Church here in Carmel. It is now in litigation with attorney’s working through all the paperwork. We will have more information regarding legal actions taking place as well what will ultimately happen to the Building on Dolores. More news to come from our Legal Personnel.

Below is some interesting background on the Chew Family regarding their arrival to the United States.

In the 1930s, Joan Chew, daughter of the famous revolutionary officer General Wu Luzhen, arrived in the United States to study music at the University of Southern California. There she met and married Thomas Chew, a fellow student at the business school. Together they managed a number of businesses focussed on importing, exporting and Chinese antiquities, including the Great Wall Inc. in Los Angeles, China Commerce Co. in San Francisco and the China Art Center in Carmel. In Carmel, where Frances, Joan and Thomas put down roots, the Chew Family managed the Dolores Lodge, which became a favourite rest stop for the celebrated modern painter Zhang Daqian and his friends.

Frances Chew was a brilliant student and accomplished athlete, graduating from Mills College before travelling to the Sorbonne in Paris and Yale University to study and teach French literature. Following her father’s untimely passing, she returned to California to support her mother, to manage the China Art Center, and to become a mentee of Zhang Daqian. In her own words, “it was a way [Zhang Daqian] communicated – quick, deep insights on art and on life. It was not something to be analyzed or explained. For those who understand, no explanation was necessary, for those who didn’t, no explanation was possible.” In the 1980s, Frances left California to pursue a vocation with the Missionaries of Charity, founded by Mother Theresa to care for the sick and the poor; over the next decade, she, then known as Sister Asha, lived and worked in New York, Rome and Haiti, before returning home in 1992 to take care of her mother. Frances Chew passed away in early 2017.

One of, if not the most illustrious modern Chinese artist of his time, Zhang Daqian emigrated to the United States in 1967, living first in Carmel and later in Monterey. There, he befriended the Chew Family, staying at the Dolores Lodge whenever he travelled to Carmel. During these visits, Zhang Daqian and the Chews exchanged gifts including the artist’s own works such as Water and Sky Gazing after Rain in Splashed Color and Five Fortunes, which Zhang inscribed with wishes for the Chews’ 60th birthday. Zhang also inscribed paintings by other artists, including Yun Shouping’s Landscapes After Song and Yuan Masters, Tao Cheng’s Wild Rabbit Amongst Bamboo and Chrysanthemum, and Lin Liang’s Two Geese in an Autumn Lotus Pond and Two Pheasants Under a Wintry Willow Tree.

Smokeless Fire Devices Were Set Out on the Beach This Week