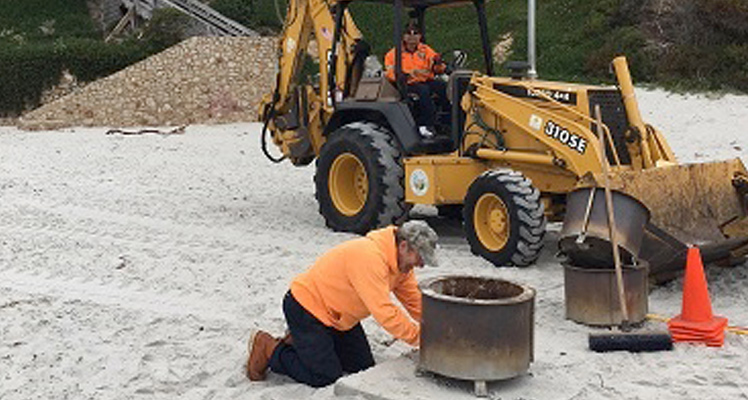 Smokeless Fire Devices on the Beach Although the City Council recently decided to try a propane-only season as part of the Beach Fire Pilot Program, the City’s obligations under the current Program and associated Coastal Development Permit (CDP) require the installation of fire devices. This week, staff set out six smokeless fire devices on the beach (all south of Tenth Avenue). Staff will return to the City Council on June 4, 2019, seeking approval of an ordinance and an amendment to the CDP that would modify the Beach Fire Pilot Program to allow propane only. That amendment will be subject to review by the California Coastal Commission. In the meantime, user-supplied propane or wood-fueled fires in the City-supplied smokeless devices is allowed. And several of the devices were swamped by a high tide yesterday, so we reinstalled today.

Every Thursday: Farmers Market in Carmel-by-the-Sea