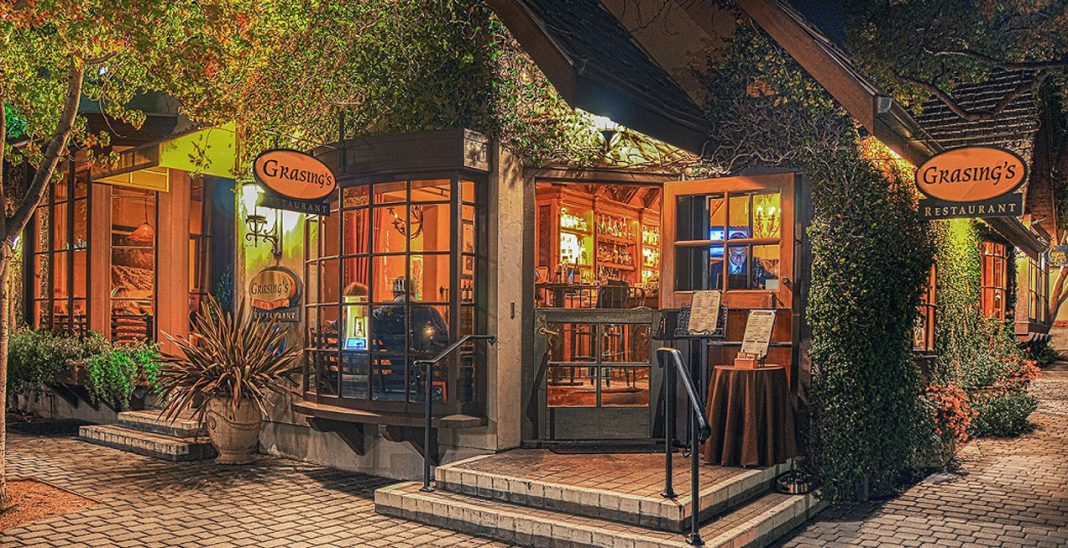 Grasing’s Restaurant has had the privilege to be part of Carmel and the Monterey Peninsula for more than 20 years and we are honored to be recognized by our community.

In an impressive first year, Grasing’s received enthusiastic reviews and was voted Best New Restaurant and Best Chef by the readers of Adventures in Dining Magazine. 2000 was the first year Grasing’s won a Wine Spectator Award of Excellence and has received that award from 2000 through 2004.  In 2004, Grasing’s was featured in Bon Appétit Magazine’s Best of the Year issue, was awarded Carmel Business Association’s Business of the Year award, and Carmel Magazine proclaimed Grasing’s the Critic’s Choice. In 2005, Grasing’s won it’s first Wine Spectator Award Best of Award of Excellence and has won that double goblet every year through 2019.  In 2007, Grasing’s was awarded Carmel Business Association’s Restaurant of the Year as well as a Celebrated Chef of the Year Award from the American Culinary Federation – Monterey Chapter.

Comings + Goings: Pure Barre opening in May at Carmel Plaza