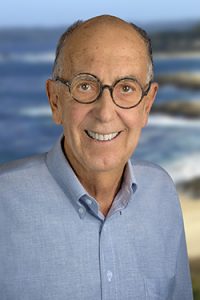 We have been bracing for the inevitable cool down which has arrived.  The market is not in crash mode.  It just seems to be taking a break.

PRICING: Median sales prices dropped from the first quarter of last year, off in seven of the eight markets surveyed.  Only Carmel-by-the-Sea was up with a robust median sales price of $2,620,875 as opposed to $2,195,000 last year.

Market times have also increased.  The average-days-to sell was up in five of the markets declining in Carmel Valley, Pebble Beach and Seaside.

INVENTORY: There is a generalized feeling among many that part of the decline is due to low inventory.  Turns out this is true but just barely.  Comparing available inventory (listings not under contract) from year to year we find that on April 1, 2018 there was an inventory of 354 properties whereas this year the figure was 344 listings, a decline of only ten listings, hardly enough to affect an entire market.

MARKET WILD CARD: The wild card is the creation this year of a raft of new millionaires in San Francisco and Silicon Valley due to the IPOs of Uber, Lyft and Pinterest.  No one knows where these mostly young folks will be investing their new riches, but if the past is any kind of guide some of that money will come to rest in Monterey Peninsula real estate.

Paul Brocchini and Mark Ryan are real estate agents with Carmel Realty Company, NE Corner of Dolores & Eighth, Carmel-by-the-Sea. They can be reached at (831) 238-1498 (Mark) or (831) 601-1620 (Paul). The charts are based in whole or in part on data supplied by the Monterey County Association of REALTOR®s’ Multiple Listing Service (MLS). Neither the Association nor the MLS guarantees or is responsible for their accuracy. Data maintained by the Association or its MLS may not reflect all real estate activity.

This Father’s Day, show Dad you care, by Shopping Local Stores in Carmel

Expected arrival for U.S. Open 250K, Are You Ready?