On Monday April 22nd about 5:30 pm a local resident saw a seal near the shore and she felt it was drowning so she pulled the Harbor Seal out and onto the sand. People that were near by watching walked over and asked her what she was doing and she said the seal was drowning. Residents called Carmel Police Department and other residents called Marine Mammal Center. Carmel police showed up and put up orange cones and tape to keep people from going around the Harbor Seal. 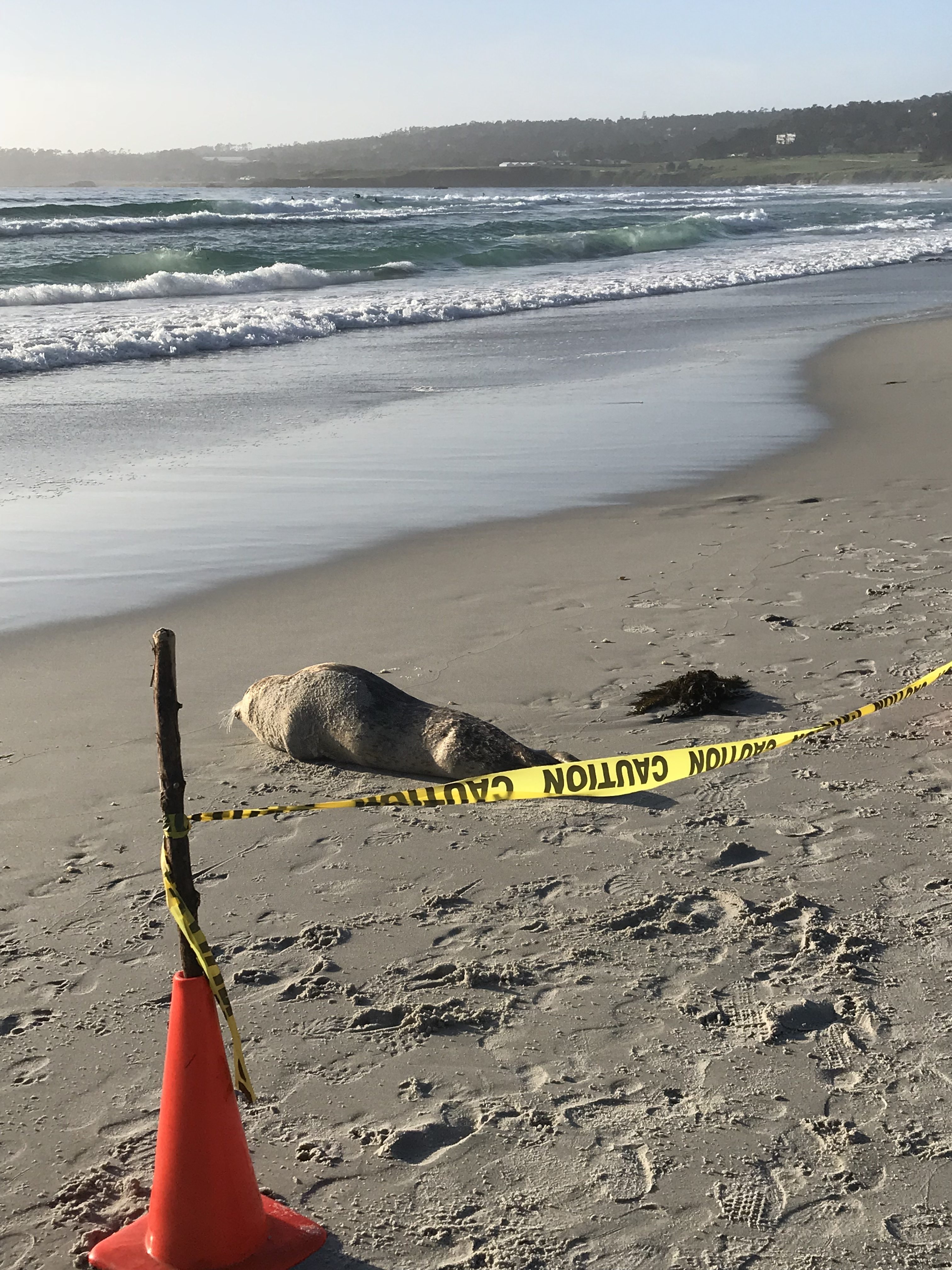 We all waited patiently for an expert to show up and determine what was going on with the Harbor Sea. Someone finally arrived from Hopkins Marine Station in Pacific Grove. He took pictures and asked us what happened. We told him that a woman thought the Harbor Seal was drowning and so she pulled it out of the water to save it. He then called Marine Mammal Center in San Francisco and they were on their way to Carmel Beach. When they arrived they put the seal in a cage and hauled it off and told us we could check on its recovery from the Marine Mammal Center’s Website.